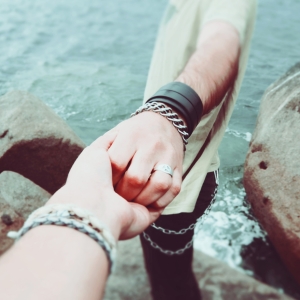 On November 8, 2013 a super typhoon hit Southeast Asia.   In a region of the world comprised mostly of islands some of the hardest hit that day were the islands in the Eastern Visayas region of the Philippines.  I had the honor of being a part of the Doctors Without Borders team that went to the region in response to the typhoon the Filipinos named Yolanda.

It would take months after Yolanda passed through before the extent of the damage would come into focus and still, over a year later, the numbers are in dispute.  Some estimates are that there were sustained winds reaching over 170 miles per hour and storm surges of up to 19 feet high.  Over 6,000 people died.  Over 30,000 were injured.  And over 6 million people, roughly the population of Philadelphia, were displaced from their homes.  And after all had been tallied the damage was conservatively estimated at over 2 billion US dollars.  Entire villages were wiped out.  The city of Tacloban with a population of over 200,000 was 90% destroyed.

After Yolanda passed, the survivors emerged but they weren’t yet done surviving.  The damage was so complete that the island’s infrastructure was gone.  Airports were unusable, shipping lanes and boat docks were ruined.  It would take the world nearly a week before they could get much needed food, water and medical supplies to the survivors.

Broken, scared, and empty the survivors walked out of the rubble and back into what is one of the most scenic and beautiful parts of the world.  They had just survived one of the worst storms in recorded history and while standing on the debris knew that the sun would shine again and that the sky would once again be that beautiful blue.  The winds and the storm surge had taken family members, neighbors, and friends.  They had lost their possessions, their homes, and their sense of safety.

The people I met during those few months I spent in the Philippines changed my understanding of what it means when we make the choice to help others.  To help others is to survive and it is in fact a critical component of our basic survival kits.  It is as critical as food, water and bandages and it has the power to save not only your neighbors but also yourself.

Since working in the Philippines I realize that to help is a choice we make.   And whether we are helping in the aftermath of a super typhoon or helping as a part of our daily life and routine, it does not matter the context; when we help one another we contribute to the ongoing survival of other and for ourselves.

And the most beautiful part about making the choice to help others is the fact that when we give of ourselves, we will likely never see the true impact that our efforts have.   We make the choice to help knowing that while we will never see the true impact, we know an impact will be made.  We trust that when we do something as natural as helping one another, our words, our actions and our efforts absolutely have an impact.  Whether we see it or not.