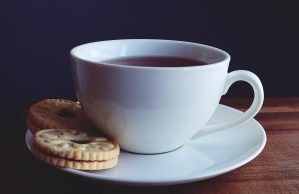 “What makes a good leader?”  It was a recurring question I was asking of all I encountered.   In a few months I was headed to my first mission with Doctors Without Borders and I was seeking the answer that would serve me through the experience.  I wanted an answer that would strike a nerve, make me catch my breath and take hold in my heart.   For days I heard a regurgitation of what I had already seen in the business magazines at my dentist’s office:  vision, experience, ability to motivate, communication skills.  When “strategery” was offered as a viable response, I felt my grasp on faith loosen.  Then I ran into Ed.

Ed was retired and had spent a lifetime as a technical wonk.  He had seen leader after leader come though his division on their way to somewhere else.  Each one would arrive with his or her vision, a range of experiences, and the wearisome inability to motivate Ed.   I asked Ed the question without any expectation.  He gave the answer that took my breath away:  “Followers.”

Clear, concise, and simple.  This perfect answer also had the added benefit of invoking a vibrant visual.  It does not matter your vision, your experience, or your ability to motivate others.  A leader is a leader only if there are followers.    And so it was that I would arrive in Homa Bay, Kenya with Ed’s response resonating in my mind.

On the organization chart for the Homa Bay project, I was near the top in a leadership role.  Within weeks I realized that I was a leader without followers.    Meeting after meeting I would voice vision and set direction.  I saw heads nodding during the meetings and assumed they were nodding in agreement.   Then, days after the meeting, I would discover that nothing we had agreed to had been accomplished.   I pondered Ed’s visionary provoking answer and set out to follow the followers.

I took a deep breath and succumbed to the inevitable.  I made plans to attend the ritual of morning tea.   During my first few weeks in Homa Bay, I observed that between 10:00am and 10:30am all project operations, from the office to the clinic, came to an screeching halt in the name of consuming lukewarm tea with milk and lots of sugar.   Up to point when I noticed my lack of followers, I had resisted attending the ritual.  It was a point of pride to not allow a tradition, left over from the days of British colonization, rule my morning schedule while I was living in a remote African village.   The desire to lead however won out over pride.

“Catherine!” was the resounding welcome at 10:00am the following morning.  “Habari yako?” they inquired in Swahili, curious as to how I was doing.  Florence, the cook, handed me mug of lukewarm tea with milk and plenty of sugar and for the next thirty minutes, colleagues maneuvered to shake my hand and ask if I had slept well.   It was like walking into a parallel universe.  Where was the stress of work, the list of tasks to accomplish; where were the deadlines and the pressures?   People were smiling, talking about how they slept the night before, the health of their families, and their plans for the evening.    But it didn’t take long for me to figure out what they were really doing.  They were building trust and fortifying their relationships with one another.   It was a beautiful moment in time for the simple fact that I enjoyed their company and had forgotten about my quest for followers.

I had so much fun I decided to continue with the morning tea ritual.  And then, after some time, tea, and conversation, I happened to glance over my shoulder and saw followers.    And I saw that they had taught me far more than I would ever teach them.   It does not matter the culture you operate in, followers need time and opportunity to learn about those who wish to lead.  They need time to build a relationship and opportunity to create a foundation of trust.

Over lukewarm tea, the conversations had evolved from pleasantries to deeper conversations about what inspires us, what motivates us, and what concerns us.  Slowly, they shared with me their visions, their experiences, and their skills.  And when they saw I cared and could translate what they shared into visions for the project, ideas for change, and development opportunities for them that would improve their families’ futures, they allowed me to lead.  And it was an honor to do so.