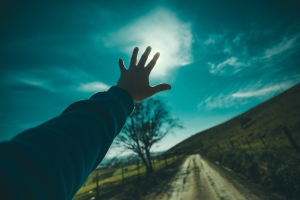 I don’t pay attention to the news because if it is important enough, someone will eventually tell me.   And so it was the other night when a friend informed me that her young son can’t wait for the upcoming release of a movie called Batman v. Superman.   She further revealed that her child is specifically looking forward to the fights scenes between the two superheroes.   “Are you kidding me? “ I declared using my outside voice, “This is exactly what is wrong with our world!  Not even Batman and Superman can get along with one another.”

These are disappointing times indeed.   Millions of dollars spent creating a movie that millions of fans will spend millions of dollars to watch and, shortly thereafter, spend millions more purchasing related merchandise.  All of these millions in support of a film featuring the inability of two superheroes to get along.   I understand there is a long history between the two superheroes but still.  It seems we have reached a new pinnacle of an all-time low.   We are living in a time when superheroes turn their backs on people in need and away from combating evil to fight one another instead.   It sounds to me like it isn’t so much a film about superheroes but rather a film about super-egos and frankly, we already have too many of these in our universe.

I wonder where the rest of the Justice League stands in this battle of super-egos.  I would hope cooler heads would prevail but we all know that peace does nothing for the bottom line.  Besides, I would guess Wonder Woman is out fighting for the rights of women around the world while Aquaman is engrossed with climate change and water conservation issues.  Flash is likely tired of running around and safely ensconced in a remote Indian ashram learning to be still.  As for Green Lantern, I never quite understood his super powers but no doubt, he too is otherwise engaged in an equally compelling endeavor.

My heart fell when I heard there are droves of individuals anticipating the upcoming release.  It pains me to know that there will be a generation of children whose first introduction to Batman and Superman will be of the two superheroes in conflict.  First impressions are forever and I simply cannot see what good can come out of such role modeling.

I admit that my visceral response to the news has much to do with my incredible disappointment in humanity as of late.   In a very short span of time, I have experienced extreme disappointment on many levels.   In my own life, there are those who have said one thing and gone on to do another.  There is the cell phone guy who suckered me into a phone I did not need.   There is the company who has acted unethically with respect to a product I purchased and won’t return my phone call or emails.  Then there is the unidentifiable neighbor who has decided it is ok to use this planet as a personal trash bin.

In other areas of disappointment:  The US Government bombed an MSF hospital and it seems that “Oops.” suffices as a valid explanation.   And while there are other governments and factions also bombing hospitals and civilian areas, I hold the US Government to a higher standard.   There is a US presidential election on the horizon and I expect my vote will be against someone we have been asked to take seriously rather than for someone I believe in.  People are pointing fingers and calling each other horrible names which only increases the gap between the polarities they hang onto.  Few people actually listen to one another anymore and violence is out of control.   People seem to be more interested in being right rather than in being kind.

With all of this straw, it is no wonder the news about Batman and Superman not getting along weighed my camel down that much more.  So I have been asking myself, every single day:  what can I do?

After much reflection, I’ve decided that if the superheroes we grew up with can no longer behave appropriately, then it is up to us mere mortals to become the superheroes our children can be proud of.  It is the only way.   We must become the real superheroes we have always known we are capable of becoming and be role models for our children.   For my own part, I will continue to hone my Spidey-Senses to distinguish the ethical from the unethical, the good from the bad.  I will also continue to develop my superpowers and they shall be kindness, integrity, and getting along with other superheroes, so together we can do good in this world.

I look forward to working with all the superheroes out there and bring us back to that place of mutual respect and acceptance.  That place where we can learn from one another and exist as most of us say we would like to exist:  in peace and in a world where our children can also become superheroes.