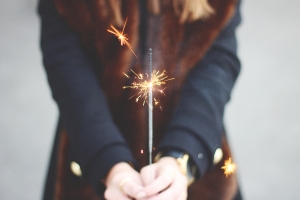 Because transit time between Albuquerque and Cape Town is ridiculously long and the battery life on my laptop is ridiculously short, I found myself with a significant amount of free time as the New Year commenced.  So, between catnapping in creative positions, watching bad movies inches from my nose, and marveling at the fact that in this day and age the airlines do not offer coach passengers access to electrical outlets, I thought about what my theme for 2016 could be.   Spoiler alert:  Patience never came up as a theme.

Years ago, I made the resolution to stop making New Year resolutions.  Other than this particular resolution, none of the other ones I had made ever stuck.  I would lose pounds only to find more at the end of a year.  Moderation, something I have repeatedly resolved to do, just does not correspond with my genetic makeup.    Blame it on my parents, I gravitate either to having all or nothing at all.  Landing the money-making job, finding the perfect partner, going without cigarettes, ignoring the call of chocolate chip cookies; all resolutions that would last until Martin Luther King Day or at the longest, President’s Day.  At which point I would leap back into the arms of avoidance (not seeking said job or partner) or extreme consumption (cigarettes and cookies).

Yet there remains in my heart a compelling desire to contemplate upon what was and what shall be at the start of each New Year.  Given this annual impulse, instead of making New Year Resolutions, I have opted instead to declare New Year Themes.   There is something far more palatable and far less arduous about an annual theme.  It is the difference between a drill instructor spraying water from a fire hose at you while yelling “Knees up!” (resolution) and a yoga instructor encouraging you to “breathe a bit deeper” and “relax a bit more” (theme).

It seems I am not the only one of this ilk.   I can think of a number of people, (three immediately come to mind) who feel the same.  On three separate occasions, and with no prompting on my part, friends shared their personal themes for 2016 with me.  The themes were “The Year of Defining Identity”, “The Year of Kicking Ass at Work”, and “The Year of Letting It Go”.

In addition to setting direction, annual themes substantiate the hypothesis:  when you want to make the gods laugh, tell them your plans.  I deemed 2013 as “The Year of Making Mistakes”.   With this theme, I gave myself permission to make as many mistakes as possible as I learned the French language, without fear of judgment or caring what others thought.   And while many mistakes were indeed made, 2013 actually become known as “The Year of Learning to Ask for Help.”   Last year I deemed 2015 as “The Year of Not Worrying”.  By October, I noted that the theme had clearly evolved into “The Year of Re’s” (aka:  “The Year of Recuperation, Reconnection, Renewal, Repose, and Rejuvenation“.)   My point is, as we plan our themes, we must make room for any plans the gods may have.

This is truly one of the most beautiful things about having a theme, the gateway is open for the theme to expand and evolve into something with deeper meaning.   Unlike a resolution that sets an activity into concrete, themes allow into our lives more possibilities and the opportunity to adapt to our ever-changing circumstances.   I look forward to seeing where the gods will take my friends now that they have designated themes for the coming year.  The possibilities for growth and change are truly endless.

Another point of beauty about themes is that one blends into another.  Themes are not confined by the calendars we so often live by.  A theme from one year does not suddenly disappear as we go into the next.  Instead, one year’s theme becomes an integral part of the following year’s theme.   Because we spend an entire year living a theme, it becomes a part of who we are and those learnings will naturally lead us into our next theme.

Today, as my 2015 theme blends into 2016, I patiently wait for a new theme to come into clarity.  Until then, I ruminate on one wise individual’s response to the question of what matters in life.  “What matters in life,” the wise one shared, “is our intention and what we pay attention to.”  You know, this may be the start to a 2016 theme.  Now I just have to weave through life and see where the gods go with it.