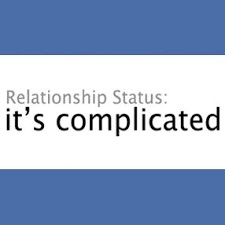 I went back and forth on whether or not to post this blog.  I mean normally I’m ok with posting things that embarrass me.  This one however embarrasses me at uncomfortable levels.  Which is, of course, exactly why it’s being posted.  I suppose it’s because I was raised with the belief that if it makes you uncomfortable, then do what you need to do to get comfortable with it.   We can credit my mother’s side of the family for this twisted yet effective approach for dealing with the truth.  Grandma pooped her pants?  Well let’s clean her up and talk about it until we’re laughing about it.

So, the truth is, I have an imaginary boyfriend.  This secret shouldn’t be embarrassing because I know for a fact that I’m not the only one out there who has had an imaginary boyfriend.  Not only did I google it but years ago, another magic making friend told me about her imaginary boyfriend.  At the time I thought the idea looked really cute on her but would never work for me.  Kind of like that super cute dress a friend wears but you would not dare walk out the door wearing a form fitting, off the shoulder dress that leaves little to the imagination.

A few months ago however, I decided that maybe I should try on the idea of an imaginary boyfriend for myself.  Why?  Because my last potential relationship ended with me hiding from him in an airport and as a few of you pointed out, I have some things to learn in the relationship department.  And since I seem to run from real opportunities, I opted for my imagination.  Just for the practice.

So, I have an imaginary boyfriend.  You might know him — Tim Ferriss.  Writer and interviewer of incredibly interesting and cool people.  I’ve known Tim for some time so it was a surprise when I realized, “Hey, I really kind of dig him.”  He travels, tries new and uncomfortable things, seeks adventure, and is living the dream.  At least this is what it looks like from my distant perspective and frankly, it’s my imagination.  This relationship can be anything I want it to be.  Besides, it’s my secret and no one is going to know.

Then I heard my mother’s voice, “Catherine, you are as sick as your last secret.”  Knowing I didn’t have time to be sick and knowing they would figure it out anyways, it made sense to tell a few close friends about Tim.  If only to assess my current psychological state based on their reactions.

One responded with a “Hmmph,” then asked where the three of us were going for dinner that night.  The one who originally introduced me to Tim said, “That’s great!  He’s perfect for you,” then sent him a message.  Another began asking questions to help identify those red flags I tend to overlook.    And another went straight to the point by asking, “Have you had your first fight yet?”

Their reactions still make me smile because as diverse as they were, each one, in their own unique way, was supporting this new development in my life.  Their support was exactly what I needed to know that I had not lost my mind, that from all outward appearances Tim was neither a threat nor a psychopath, and that I should continue and see where the learnings would take me.

Since sharing the secret with close friends went so well, I decided it was time to tell a stranger.   A friend introduced us and through the normal course conversations typically take, we got to the topic of relationships.  She smiled when I revealed I had an imaginary boyfriend.  When I told who it was however she was shocked.  “But that can’t be possible,” she said, “Tim’s my boyfriend!”  I have to admit, I was jealous.  I confronted Tim with the information later that evening and voila … we had our first fight.  But eventually, after far more time than it should have taken, I found my senses.   Clearly I had picked a desirable dude.  And who was I to do anything less than fully support and encourage her right to also have an imaginary boyfriend.  She could have her Tim and I could have mine.

What has surprised me the most about having an imaginary boyfriend is that it’s not as easy as I thought it would be.  In these few short months, Tim and I have been to far and distant lands.  Lands where I have been touched by history and am learning to prioritize what is important to me in a relationship.   Lands where we struggle with the language and learn to navigate vastly different communication styles and negotiate areas for compromise.  Lands that offer the challenges of acceptance and adaptation and the joys of discovering shared values and priorities.   Far and distant lands where brussels sprouts are yummy and “living the life” is not always a dish of “Poire Belle Hélène”.

In a few short weeks there will be another distant land we will go to that will offer more learnings.  It’s always a bit scary when moving from one land to another, not knowing what will happen.  But in the end, what does anyone know for sure about their future.  All I know for now is Tim and I are doing just fine and Dr. Seuss has it right: “Your mountain is waiting.  So … get on your way!”   “Oh! The places you’ll go.”