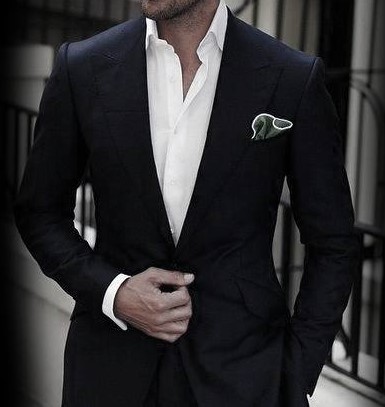 “On Saturday I go back for three more months. I’ve lost my mojo and can’t find my why. I like to think my why is out searching for my mojo and both will return in force but I can’t be sure. All I really want is to finish strong.” I looked over at him to see if he had heard.  Not only the words, but also the doubt in my ability to do what I wanted to do.

He was rolling the Pinot Noir around the crystal globe that precariously sat on top of its stem and while looking into the glass said, “I hear you.” I knew that he did. He then took a sniff, his lips slightly parted to better breathe in the complexity. “You picked a good one.” Then he took a slow airy sip and rolled the wine in his mouth before swallowing. He put the glass down and smiled at me. How could someone purported to be so evil be so beautiful?

“I know,” I said, looking away to take a slow airy sip for myself. It was good. But then after three months of drinking either slightly chilled bad beer or worse, bad wine out of stained plastic tumblers, anything would be better. It warranted more than a few spendy bottles of red for the next seven days of my break and I was going to ravish each and every one of them. “Enough to float a small battleship,” my father would say. That sounded about right.

I looked back up to find the beautiful man still smiling at me. Oh but those eyes. Black nearly. Deep pools that held the secrets of the many souls who had gone before.  We visit from time to time and each time he changes his appearance. But his eyes are always the same. Daring you to fall in and never go home again.

We were sitting in a dark bar downstairs from the restaurant. There were others but they had left us to ourselves in the intimate corner. I allowed the full weight of my world, body and soul to sink deep into the overstuffed and highbacked chair. A live band over there was playing a calming mix of jazz and soul.  A wave of being present washed over me.

Tonight he was wearing a black suit. No tie, top buttons of his white shirt undone.  A flash of color sticking out of the pocket of his suit jacket. I suppose he changes his appearance to better connect with whomever he is visiting. Adapting his appearance to their state of being. Whatever it takes to get someone’s attention. He had mine.

He leaned over to gently pushing my overgrown bangs out of my eyes. “I know,” I said. I’ll take care of it before heading back.”

“And your eyebrows?” he asked.

“You know, a little personal hygiene goes a long way,” he reminded me.

The truth was, if I had known he was going to dress, I would have at least brushed my hair. Nothing to be done about it now so I took another sip and allowed myself the pleasure of the paradox. Wearing my $6 Wal-Mart scrubs bought four years ago and my comfy Sunday shirt that I’d worn for the past two days. Drinking excellent wine in a deserted jazz club with a beautiful man who only wanted to pay attention to me.

I like our visits. Luc cares. And he listens, a rare art form these days. He has interesting perspectives, asks excellent questions, and is really quite funny. “What do you think you’re going to do to make the next three months count?” he asked leaning back, his eyes ready to absorb and retain all my secrets.

It was my turn to lean forward. I put the wine glass down on the low table to better talk with my hands. “I’m going to take care of myself. Eat better and exercise. Write every day. Meditate. Create magic wherever I go. Find my why. Be present. Stop smoking and drinking. And nail this project coming up. I mean nail it!” frapping his knee to make the point.

He raised his eyebrows at me. Luc also calls you on your bullshit.

“I know,” I said, admitting defeat. It was a far too ambitious plan. It’s frustrating because all those things sound so simple. But they’re not. And it doesn’t matter what your current living conditions are like. I decided it was as good a time as any to start the negotiations.

“What can I do?” he asked, coming forward to meet me halfway. It was a good sign. He wanted to negotiate.

“Well, clearly I can’t stop drinking and smoking at the same time,” I said. “I need something for the stress and since I can’t drink during the day ….,” I let the words hang for a moment before continuing. “I’ll stop beating myself up for smoking and significantly reduce the beer intake.” It struck me as odd that I would choose smoking over drinking. But at some level, it made sense.

The beer was bad and was doing nothing for my figure. The food was also bad so maybe I could make this all work to my advantage. Between significant beer reduction and food I didn’t like to eat much of anyways, maybe I might drop some pounds.

“And I’ll stop smoking the crap sold on the street. On the way back I’ll go to the duty free and invest in the good cigarettes.” I picked up my glass and looked over to see his reaction.  He nodded his head, “Good cigarettes?” he asked.

He looked me over then said, “I suppose you want a guarantee of no related diseases at any point in the future and the ability to recover quickly once back in the US?”  He really was a good listener but the awful truth is that we have had this conversation many times before. Usually right at the end of a mission.

I then broke every negotiating rule in the book and laid it all out in one breathless ramble, “Eat better, impossible. Everything is carbs with sauce. Less carbs more tomatoes? Possible. Regular exercise, never.  10 push-ups and 10 sit-ups everyday? Doable. Meditation? Unlikely. A 20-minute lie down after lunch, likely. And as for finding my why, well it’s just going to have to find me because I have no idea where to begin looking.”

“All this for the freedom to smoke, worry free, for the next 90 days?” he asked.

I nodded greedily, excited that he was going to deal with me on this one. He reached for the bottle of wine, refilled our glasses, ordered another, then looked back at me. This time I didn’t look away. I was ready to fall in as deep as I had to in order to get what I wanted. His eyes were warm and welcoming.

“Here is what I want,” he said, using his fingers to make a list, “A little more personal hygiene and a lot more caring.”

“Caring about what?” I asked cautiously. He knew he had me. I knew he had me. And we both knew I had no other options. But this one seemingly little thing might be a deal breaker.

“You have to start caring about anything and everything I send your way in the next 90 days.”

He knew it was a big ask. I thought about it then sighed, “Ok. Done.”

Recognizing the forward tilt of his head and narrowing of his eyes from previous encounters, I knew he was now going to lay out the terms and conditions of our agreement and explain exactly how it would all go down.

“You are going to see and hear things you will not like and are not at all pleasant. You will struggle. Nothing will be easy. You will not understand much of what is said around you. Your computer will crash many times. You will feel alone despite the number of people you live with. And there will be frequent sleepless nights spent worrying for absolutely no reason.”

“And one last thing.”

“Yes,” I said.  I was so far deep into eyes and knew there was no going back but I was quite oddly, happy. I had resigned myself to fate and was ready for this one last thing. Whatever it may be.

He slowly leaned back against his chair, crossed his long legs, then said, “It’s going to be very very hot.”