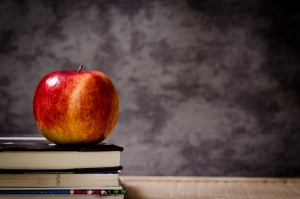 Nine years ago, when I took my HR experience and SPHR certification to the field with Doctors Without Borders, I had no idea how much my outlook on life, people, and on HR for that matter, would change.  I have seen joy in the midst of desperation, love in the midst of violence, and people without a common language come to common understanding using far more than words.  I can appreciate a good bucket bath, have battled with mosquito nets, and learned that culture is made up of countless and sometimes surprising elements. And I’ve seen a few universal truths played out – irrespective of borders, lifestyles, and beliefs. Here are just a handful that any HR professional can relate to:

During my first assignment I struggled with morning tea. Every mid-morning all activities would come to a screeching halt while staff went to enjoy their morning tea.  “But we have work to do!” I wanted to yell in exasperation. I mean, hadn’t anyone noticed my diligent, to-the-point role modeling of nose-to-the-grindstone daily dedicated focus on our work? Eventually (far longer than it should have taken), I adopted the while-in-Rome strategy and joined in. What I discovered was that morning tea was actually “water cooler talk.” It is a time when staff build trust and share ideas with one another. These morning rituals lead to frank conversations and the problem solving of much larger issues in the afternoons. If only we step back and allow the bonding to unfold.

Helping one another is instinctive (Iraq-Kurdistan)

Someone trips and we instinctively reach out to catch them. Anywhere around the world. It’s in our nature to help one another. One day, we were installing a tent for our clinics in a camp less than 50 miles from Mosul. There had been an influx of displaced men, women and children arriving from where they had been trapped for years. They were exhausted, scared, and traumatized. They had left their homes behind and their futures were uncertain. We began to unload tent pieces from the truck and within minutes, the very people who had just arrived, who were bone tired and down to their last physical and emotional reserves, were helping us. Unloading, unrolling, driving stakes into the soil, securing ropes, then magically “kiting” the roof into place. The tent was up and the children cheered.

To engage, our walls must fall (Ivory Coast)

I had just spent four days in bed. Just me and my IV. And a bottomless bucket of puke that seemed to glow in the dark. My focus was to rid my body of Ivory Coast microbes. The medical staff, who days before were colleagues I worked and lived with, assured me I would be fine. But for four days it didn’t feel like it. But now I was back at work, tired and happy to be my vertical self. I checked to make sure my wall of dignity and emotional distance was up. The wall that I thought allowed me to treat everyone fairly and as equals. And then I went to the hospital; this time in my manager’s role. There was a little boy in the juvenile ward. He was sitting on a bed, his body wracked in pain. And on this day, I knew pain. And fear. Our eyes met and with that one look, my wall came crashing down.  I stepped over the remains of the wall to meet the little boy where he was. My wall wasn’t serving equality, it was blocking me from the need, pain and sorrow of others. It was also blocking me from joy. From truly engaging with and connecting with others.

Know what your normal is (Central Africa Republic)

The gunfire was getting really irritating. While sitting on the floor of the secure room tapping on the computer, I heard my mother’s voice from years before, “Be careful with what becomes normal.”  I looked around. My colleagues were concerned. But I was annoyed. I asked myself, “At what point did gunfire become normal?” “At what point did finishing an email become more important than safety?”  I thought about my colleagues who had recently asked, “Are you ok?”  If someone asks, “Are you ok?” while looking into your eyes with a furrowed brow, you are not ok.  Know your normal. Know the normal of others. And when normals change, make sure they are changing for the good.

“Someone stole my purse,” I told my friend. It was morning and we were getting ready to continue on our road trip. Naturally my purse had everything in it: passport, money, credit cards and more upsetting of all, my music. The last time I saw it was the previous night in the hotel restaurant where we enjoyed some beers. I found a hotel staff member and frantically filled him in on my catastrophe. Soon there was a group of hotel staff members involved in the conversation. I felt my anxiety growing, so I kept talking. And talking. At some point I took a breath and noticed their anxiety was growing and that’s when I realized that I was making things worse. They were as interested in finding my purse as I was but couldn’t get the search started because I was still talking. And was showing no signs of stopping. They couldn’t speak their own native language because they had to speak mine. And because I was still talking, they couldn’t speak to one another in a way that was comfortable for them to find a solution. I realized there was nothing left for me to do so I thanked them and went to my room. I was hopeful yet making plans to replace what had been lost. Then there was a knock on the door. They had found my purse under the table we had been sitting at. It had somehow been kicked deep under the table. I was a tangle of thrilled, humbled and embarrassed. And wiser. Sometimes communication means not talking. Sometimes it means giving others space to reflect and consider so they can respond in ways that make sense to them.