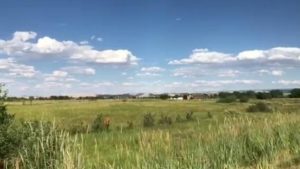 Arrived safely to brother’s house in Wyoming and “The Shakedown” portion of the Muses and Magic Tour is over. The moving parts that work have been identified (morning coffee system) as have the parts that won’t work (multiple minor adjustments to be made). So really, the tour is off to a fine start.

And except for the occasional tap on the shoulder reminding me to keep an eye on the road, the muses have been surprisingly quiet. They’ve been napping and enjoying the expansiveness of the lands we’ve passed through. All of our minds have been given a chance to drift where they may. A luxury I now realize we rarely get to experience enough.

While on the road, enjoying the views and mental driftings, we’ve also been listening to music, podcasts and books. Here are a few words, ideas, and thoughts that have stuck.

“Lloyd Stanhope popped up by my elbow, looking like a very animated boiled egg in his nightshirt,
his polled head startlingly round and pale without his wig.”
This from The Fiery Cross, book 5 of the Outlander series by Diana Gabaldon. I’ve been listening to these audio books and let me tell you, not only is the writing engaging (a very animated boiled egg!!), Davina Porter, the narrator is fabulous and makes the characters leap out of the speakers to stand right before you. It gets crowded inside Pegasus at times.

“I’ve never written anything that I haven’t wanted to write again.”
This from an interview with Aaron Sorkin who I count as one of my all0time favorite writers. I admit it, I am on my SIXTH rewatch of The West Wing and to accompany the re-watch am just as enchanted by The West Wing Weekly podcast.  I’d be embarrassed about this if it wasn’t for the fact that Aaron Sorkin’s writing is that incredibly good.

“Discomfort is the currency to your dreams.” This by Brooke Castillo during an interview with Amy Porterfield.  As I am all about getting comfortable with being uncomfortable, it makes sense why this might have hit home.

So now Pegasus gets a bit of rest while I fully engage in my role as Auntie Mame.

That’s right, brother and sister-in-law are taking a trip to Iceland! and have full confidence that their three works of art will keep a close eye on their Aunt CC. In the past 48 hours we’ve already raised $4.25 for a charity to be named and made weekend plans for a visit to the city of Salt Lake. Yowza!!!  For those interested, our, fundraising model is simple. Anytime someone swears, says the word “like” inappropriately, or whines, a quarter goes to Mathilda, the green Tupperware container that might not be big enough.

Stand by for more later!  And if you just can’t get wait, there is always catherinecarrglobal on both Facebook and Instagram!!

1 thought on “The Shakedown”