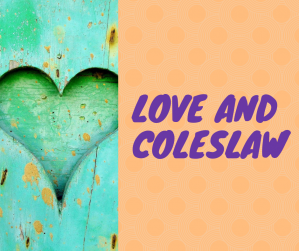 To Listen to the blog:

It was the day before Thanksgiving. About mid-morning we got the text. “Will be there in time for dinner,” it read. The text was from my brother. He and his family were on the road and on their way. My mom and I looked at one another. For the moment, there was nothing to do but wait. The grocery shopping was done, sleeping arrangements had been determined, and other than the harder to reach dust bunnies, everything was ready.

Then came the late-afternoon text. “Leaving Beatty,” it read. Words that have served as code for years in this family to mean “A few hours out, have food ready.”

“Oh, goody goody,” mom said and she leaped out of her chair. Before her feet hit the ground, I steeled myself for the blur of activity the next hours would bring. Pictures would be straightened and furniture adjusted in increments of quarter-inches to be perfectly positioned. Wood would be stacked. Multiple vacuum cleaners, each one serving completely different purposes, would be run. Discussions on the merits of serving dinner buffet style or sit-down would be held. Until finally, shouts and hugs would be shared and dinner would be served.

I fully understood the reason behind this uncharacteristic flurry of activity my mother was leaping into. Her three favorite grandchildren were hours away. She was excited and had adrenaline to burn. Thankfully I’ve had experience with people whacked out on adrenaline. I know that the best approach when dealing with such individuals is to keep them from harming themselves and others until they either spin out or the situation changes.

After mom’s feet hit the floor I got up and followed her around. Using a low calm voice when speaking to her, helping her where I could, and keeping her safe when I couldn’t. Affirming the furniture layout was much better with the micro-adjustments and keeping technological equipment out of her hands. Essentially controlling her environment as much as possible.

After the living room, bathrooms, and bedrooms were deemed perfect, mom went to the kitchen to tackle dinner. Earlier that day I had done the prep work. We were having carnitas and coleslaw. The tortillas were ready for warming, the carnitas were ready for crisping in the oven, and the flavors of the coleslaw were steeping in the refrigerator.

“Hey,” she said, tasting the carnitas, “those turned out pretty good, didn’t they? Let’s have our dinner now.”

I strongly agreed to both points and while mom pulled the coleslaw out of the refrigerator, I put plates and forks on the table. We then sat down, each one of us concentrating on preparing our individual plates to our liking. Mom then took another bite of the carnitas and again nodded her head in the affirmative. Then she took a bite of the coleslaw. “Oh my,” she said.

I looked up to see her brow furrowed and waited. She took another bite then said, “They’re not going to like this at all.”

“What are you talking about?” I asked. But I knew. There was no sweet in the slaw. Something I had done intentionally.

Had it been just been the two of us, there would have been no problem. We would have gone on living by the rules mom taught me growing up: you eat what is put in front of you and then you compliment the chef. At that moment however, mom was living under a different set of rules. A set of rules I don’t fully understand: give the grandchildren whatever they want.

“They won’t eat this,” she said a couple of more times as she finished her meal. Then she stood, picked up the coleslaw, walked it to the counter, and set it down. I watched in silence as she thought through it some. I swear, I heard her say under her breath, “I think I can fix it,” a few times before launching into another flurry of adrenaline filled activity.

She pulled items out of the refrigerator and cabinets and began resuscitating the coleslaw. Whipping in mayo, dropping in spoonfuls of whatever it is that’s in that 5lb plastic container with the red top that’s been in the house longer than I’ve been alive. And apple cider vinegar. Always the apple cider vinegar.

“There,” she said, smacking her lips.

I’ve seen people after they’ve saved lives and in that moment, mom had the exact same look of ecstasy.

While mom flurried about, I sat in silence, thinking of the people I know who haven’t spoken to one of their family members in decades for much less. I let my ego’s imagination run wild for a few moments because at our core we do have a propensity for the dramatic and sometimes it just needs to run.

I mean how dare she insult my coleslaw. And why does all the coleslaw need to be fixed. Can’t we keep a little to the side for me for later? I see exactly where I fall in the pecking order. And on I went, imagining saying words that could never be taken back. Maybe even running to the bedroom, slamming the door, and packing my things up. Then walking out and back into Pegasus to continue down the road.

I smiled indulgently at my ego and asked, “are you done yet?”

“Not quite,” she responded.

“It’s only coleslaw,” I reminded her, and waited until she, my ego, had spun out of her own adrenaline overload. And then for the briefest of moments I felt sad. Because in some families, this level of drama is an absolute possibility.

Amusement however overtook sadness and I smiled a deep-down smile. “They’re so cute at this age,” a friend once told me. He was right. Mom was genuinely excited about seeing not only her grandchildren, but also the procreators. And how often do we get to see genuine excitement in the people we love? Mom just wanted everything to be perfect for them. Even the coleslaw.

Putting the bowl of coleslaw back in the refrigerator mom sat down and once again announced, “There,” and smiled at me. I shook my head and kept with the so far very successful strategy of (mostly) remaining silent. Because I love mom more than I love coleslaw.

Then came the arrival of the road weary tribe. Shouts of joy were roared and we stumbled over one another in the door way to get in hugs as fast as possible and fling suitcases into the living room. And very soon we were crowded around the kitchen table. Mom and I watching as everyone made their plates to their liking and began eating.

And no joke, after my brother took his first bite he paused long enough to announce, “Gosh, this is really good coleslaw.” Then he went back to it and never saw my eyes roll or mom’s deep-down smile.