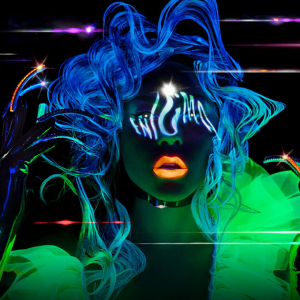 Recently, I got all vulnerable with you. I’m not sure how you’re feeling about all that soft and squishy in the last post, but I have to say, I’m feeling pretty strong. If fact, I’m ready for another round of soft and squishy because there really is truth in those words: Vulnerability is Strength.

For those who may have missed it, I shared that from now on I was going to “go where Eddie would go.” That in this second half of my life, I’m putting into practice the learnings and insights collected during the first half. And here is another insight that as I write, is fully operational:

Last Christmas morning, Mom and I were sitting at the kitchen table watching the dogs lick the breakfast plates clean enough to put back in the cupboard when she said, “Let’s go see Lady Gaga.” I looked up and saw a glint in her eyes. “Really?” I asked. She nodded and smiled.

I reached down and picked up the dishes and while walking to the cupboard to put them away (I’m joking!) I asked her again, “Really?”  I knew she meant it. I’ve known the woman my entire life and not once has she said something she didn’t mean. But we were deep into “no messing around” territory and she knew it. We were talking about Lady Gaga.

For some context: I’ve been a fan of the Lady since 2015 when I discovered that for a 5-minute performance at the Oscars that year, she prepared for 6 months. Do the math. That’s 1.2 months of preparation for each minute of performance. Here’s some more math. Let’s assume that for those 26 weeks, Lady Gaga put in a 40-hour work week — you know she did more than that but let’s keep the math easy. That’s 1,040 hours. Divide by 5 and you get 208 hours of preparation for each minute of performance. All this preparation from a woman who’s at the tippy top of her game. Talk about mastering a passion.

So yeah, I’m a huge fan of Lady Gaga. And when I heard she would be in residence at MGM’s Park Theater in Las Vegas, I couldn’t shut up about it. For months, “Lady Gaga’s in Vegas!” was how most of my conversations began. Given this and the fact that Mom lives a mere 4-hour drive from Las Vegas, our Christmas morning conversation about 10 months ago wasn’t at all out of left field.

I sat back down at the table and asked, “Really?” one more time. Mom gave me the look and I reached for the computer to do the research. After 30 minutes, as my index finger descended on the “Click to Purchase” button, I knew that for most of 2019, my number one priority would be making sure that on October 17th, I was in Las Vegas with Mom.

I’ll admit, I had concerns about making a commitment so far in advance.  Most of you know me. Anything more than 2 months and I get edgy. But this was a no brainer. I mean Lady Gaga AND Mom AND Las Vegas. If that’s not priority, then I don’t know what is. I accepted the fact that I would just have to manage the edgy and hit the button.

Life is nothing if we don’t know our priorities and stick to them.

And that’s the insight: Life is nothing if we don’t know our priorities and stick to them. No matter how edgy it might make us feel.  It’s not so easy is it? I mean life is constantly throwing our way those faux priorities that catch our attention. “Hey! Is that a chicken!” and off we go, in pursuit of someone else’s priority. Or worse, in pursuit of what someone else thinks our priority should be. Maybe these chickens are tests from the gods, checking to see just how committed we are to what we believe is important. “Lady Gaga?” a very few asked in a tone suggesting that perhaps I might need to re-evaluate. “Yup!” I said, grateful for the chance to affirm my choice and pass another test from the gods.

And finally, here we are! The night of the concert. I’m in Vegas, the tickets are downloaded, and Mom is on the way! I couldn’t have done it without those who did understand. Those who heard the hesitation in my voice when asking if I might be around mid-October and “got it” when I explained the priority.  Those who made adjustments to their schedules to accommodate my priority, whether they knew the reason or not. In one particular case, it was a project team in Africa who changed the training dates for over 30 people in 3 different locations because “one of the facilitators has a commitment and needs to be home by October 17th.”

Huge thanks to all and I truly hope that at some point, whether I know it or not, I’m able to support your priorities as well.

What I especially appreciate from over the past months was hearing your priority stories. It turns out I’m not the only one who didn’t go after the chicken. There were a number of you who held fast to what was important to you and passed the test. Congratulations, and may our 2020s be filled with even more opportunities to live our priorities.

Now that you know the truth, perhaps this will serve as an acceptable excuse for a particularly large carbon footprint this month and for not announcing, “I’m back!” I came directly from the training and will be in the US for 4 days before heading out to the UK for another high-priority commitment with Mom. But really, 4 days is a lot compared to the friend who shared her priority story. She made a transatlantic flight from Europe to the US to stay for 24 hours before returning. Her priority: theater tickets in NYC. Now that is commendable commitment indeed!

2 thoughts on “Priorities and Lady Gaga”