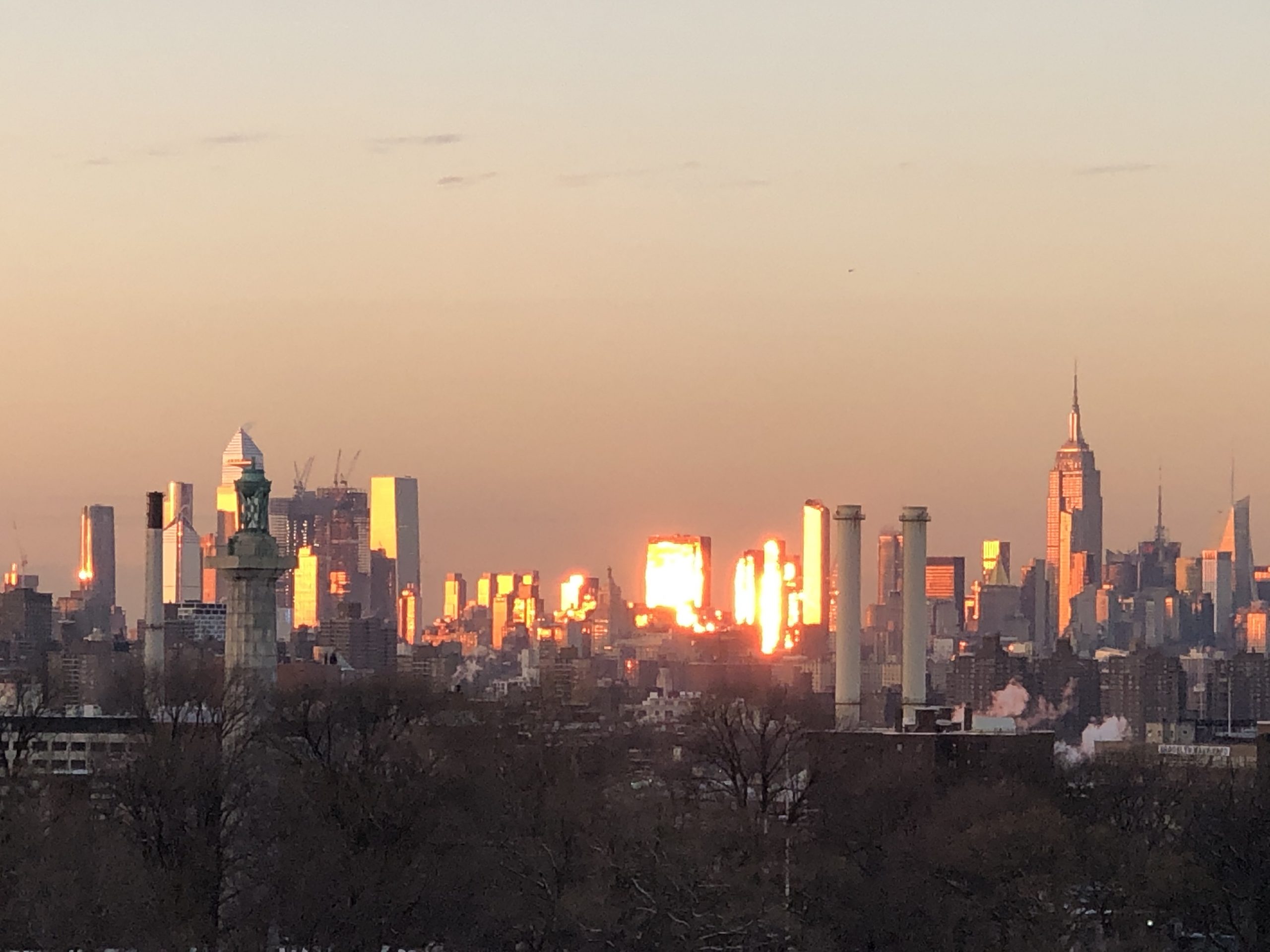 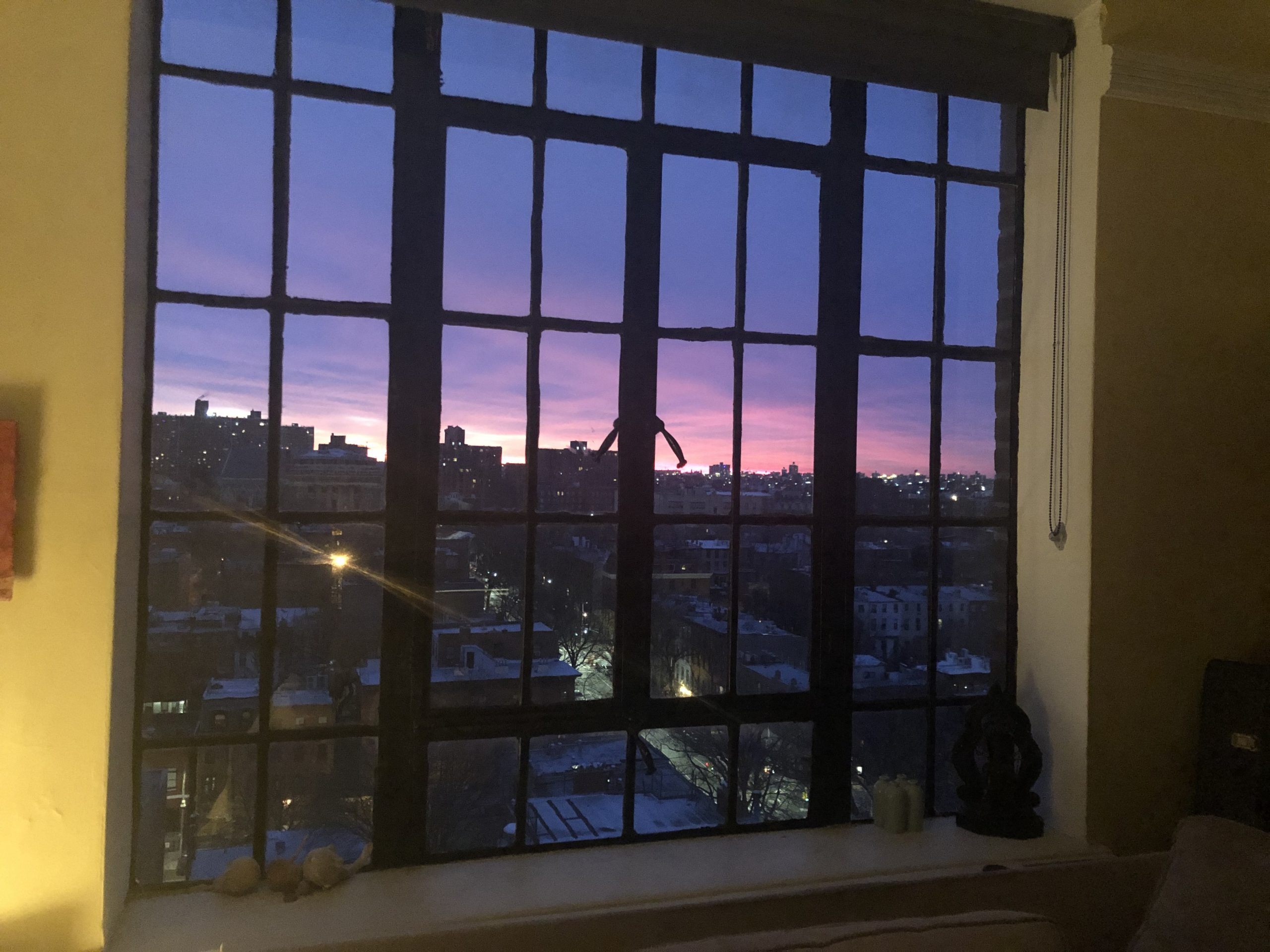 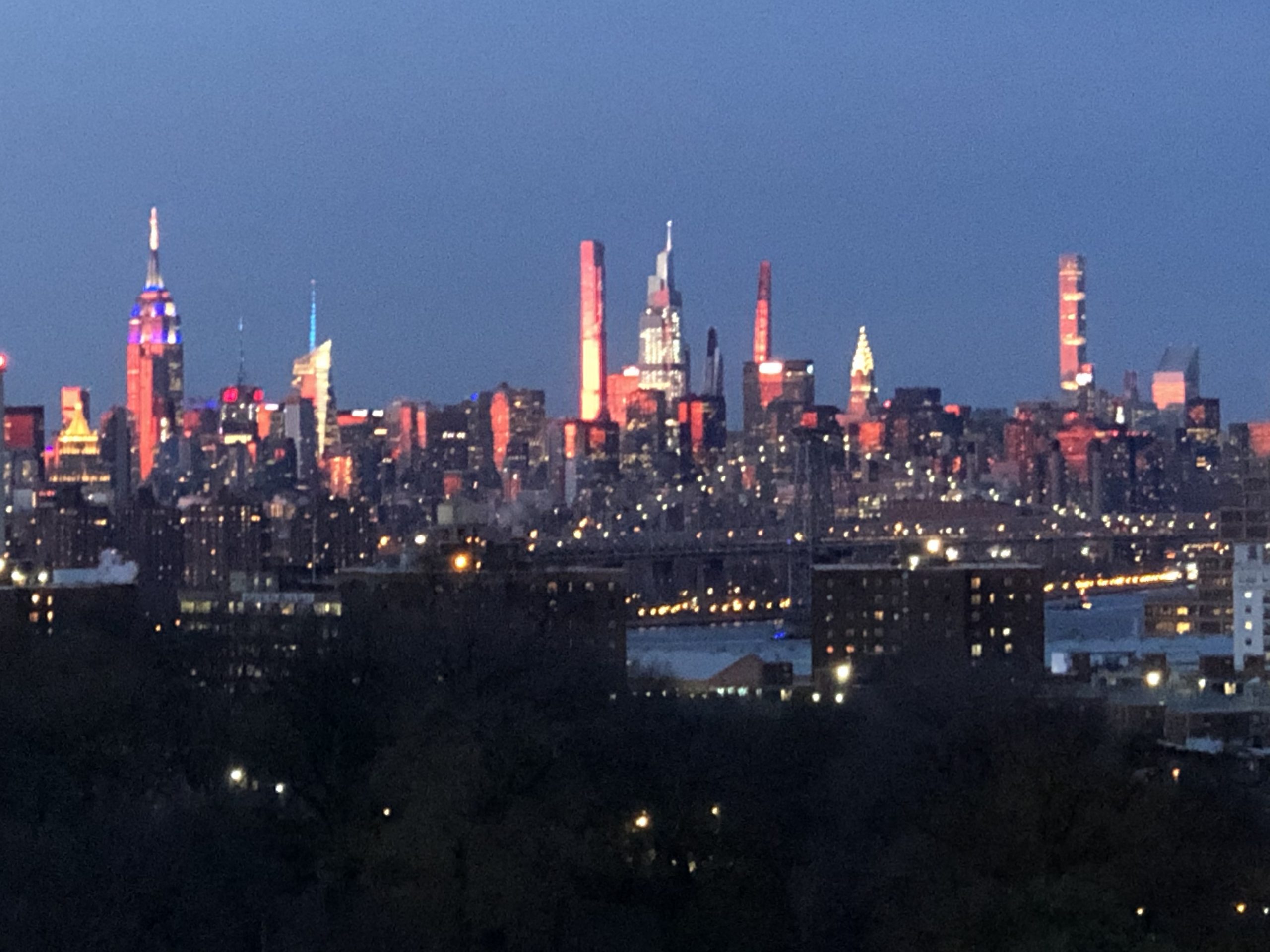 It was a stunning view when I saw it with first eyes.  But during those weeks looking towards mid-town Manhattan and over the brownstones of Brooklyn with last eyes, I realized I had significantly underestimated just how spectacular the view was.

Breaking every negotiation rule in the book, I texted the landlord within minutes of first viewing the unit.  “I LOVE IT!  And for the next six months I spent the mornings watching the lights of dawn slowly spread over the brownstones of Brooklyn.  The evenings were spent admiring the lights of dusk as they danced in and around the Manhattan skyline. Wondering how is it that buildings, made of glass and steel, could lean towards the sun in very much the same way that sunflowers do.

I’ll be honest, during those last weeks, there were some days I didn’t leave the house just so I could soak up as much of that view as possible and imprint it on my mind.  Fort Greene Park and the Prison Ship Marty’s Monument just there, blinking lights draped along Williamsburg Bridge over there, and the changing colors of the lights on the Empire State Building front and center with the Chrysler Building shimmering off to the right.  It was so serene.

Serene. Right. Except for the incessant, interminable noise. The KLACK, KLACKs of cars driving over loose man-hole covers. The BEEP, BEEPs of car alarms left unattended. And the multitude of variations in the Woo-UUUUs of sirens.  Not to mention the GU-GU-GU-GUG of jackhammering, the screeching of metal scaffolding being put up or taken down, and months of the unpredictable remodeling noises coming from the neighbors above who simply could not answer the often repeated question, “when do you think you’ll be done?”

It was a six-month practice of living with all that is good right next to all that is bad.  Six months being reminded that Beavis and Butt-Head absolutely nailed it when one of them said, “See, you need, like, stuff that sucks to have stuff that’s cool.”

I have a friend who loves horses and thinks they’re cool. They are her joy and passion. She would rather be with her horses than any human she knows.  But what she does most, is shovel shit. Everyday, wading through it, moving it, and piling it up.  I have another friend who loves sailboats and thinks they’re cool.  His sailboat is his freedom, his escape, and his delight. But what he does most is maintain his sailboat. Removing barnacles, cleaning tanks, painting it, and generally worrying about it all the time.

Tell me your passion and I’ll ask, “What is it you choose to shovel?”

Me, one of my passion is spending time in New York City. So, I choose to shovel noise.

In those weeks as I looked at it all through last eyes, basking in the cool and breathing through the suck, I wondered, “am I obligated to tell the next renter about the worm in this apple?”  And the answer, each and every time, was a resounding, “Nope.”  Because my cool may not be their cool and we all have the freedom to choose what it is we shovel.

Besides, sometimes we finish the apple and never notice the worm.

2 thoughts on “Passions and Shovels”